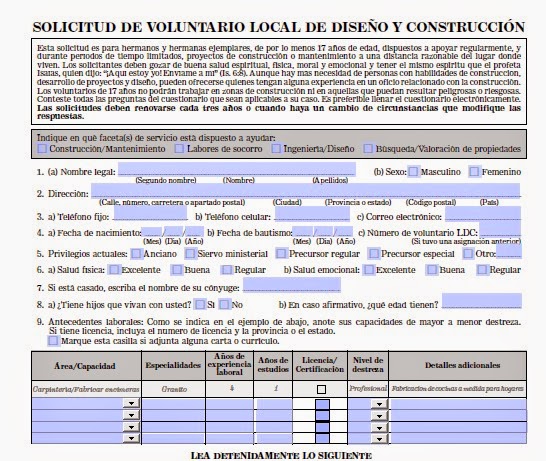 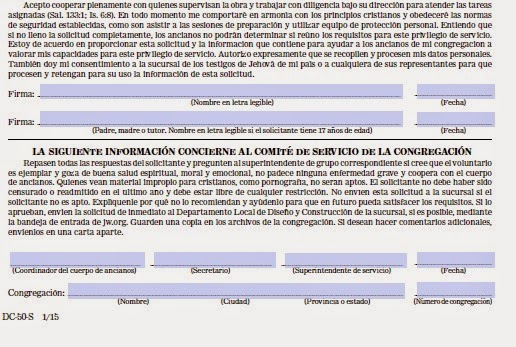 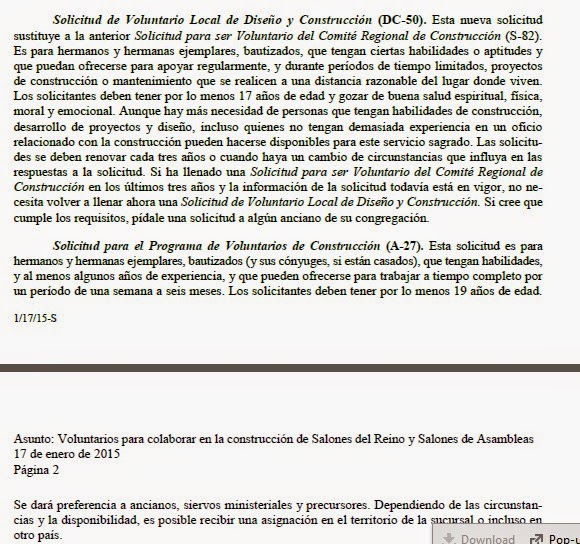 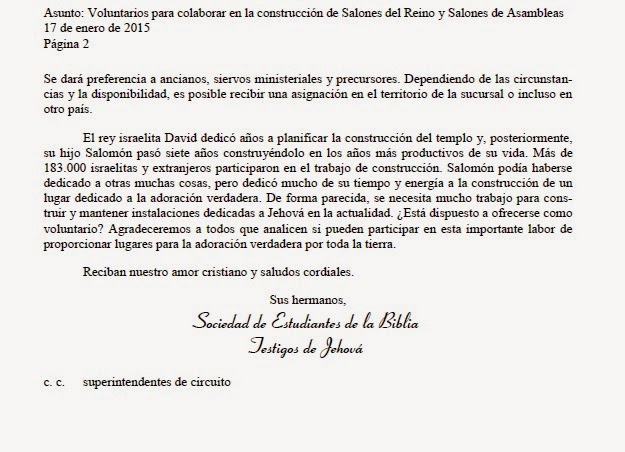 The 28-yr-old woman identified as Michelle had lost a lot of blood while giving birth to Ella Marie her daughter, so much that she needed a quick transfusion but based on her faith that forbids all Witnesses from receiving transfusions, she rejected the offer

Other members of Michelle's church have praised her for her courage even in the face of death.
(JW _Inspirational/Instagram)
Testimony Time: “Pastor T.B Joshua’s Sticker Saved Me From Boko Haram Bullets In Gwoza”- Policeman
Religious Belief Jehovah's Witness Member Dies After Refusing Blood Transfusion
Synagogue Building Collapse: “They Are Trying To Scare Members From Coming To My Church”- T.B Joshua Says
A Jehovah's Witness mother has died after rejecting blood transfusion during the birth of her daughter.
The 28-yr-old woman identified as Michelle had lost a lot of blood while giving birth to Ella Marie her daughter, so much that she needed a quick transfusion but based on her  faith that forbids all Witnesses from receiving transfusions, she rejected the offer.
Reports say Michelle died soon afterwards leaving her daughter behind.
Meanwhile, other members of Michelle's church have praised for her courage even in the face of death.
Patheos.com reported it like this:
...well while delivering Emma; Michelle lost a lot of blood. So much so that she needed a blood transfusion. Michelle refused. Even after having a tube inserted in her and not being able to speak… She signed NO BLOOD. Our dear sister despite finally having the baby she’s wanted for such a long time, remained loyal to the end.
As a former Witness, it is shocking to think I would once have either tried excusing or endorsing such mindless comments, or even offered similar sentiments myself. If the coercion in Watchtower literature is potent enough to allow a mother to excuse herself from her baby daughter’s life out of misplaced feelings of loyalty, it is certainly strong enough to make an otherwise intelligent person try to rationalize such a senseless loss of precious human life and put a positive spin on it.
I can only hope that little Emma Marie doesn’t grow up to blame herself, or her mother, for what has happened. Blame for this outrage lies squarely on the shoulders of a group of deluded, cloistered men in Brooklyn who have the power to save lives right now by lifting the needless ban on blood, but refuse to.
Publicado por charles en 13:14 2 comentarios: 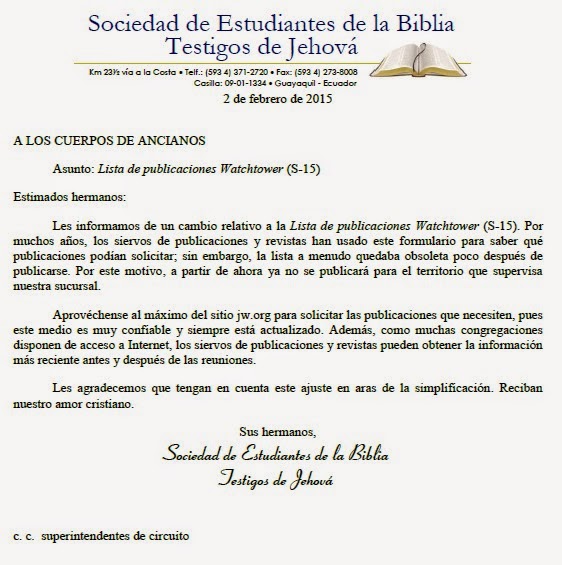 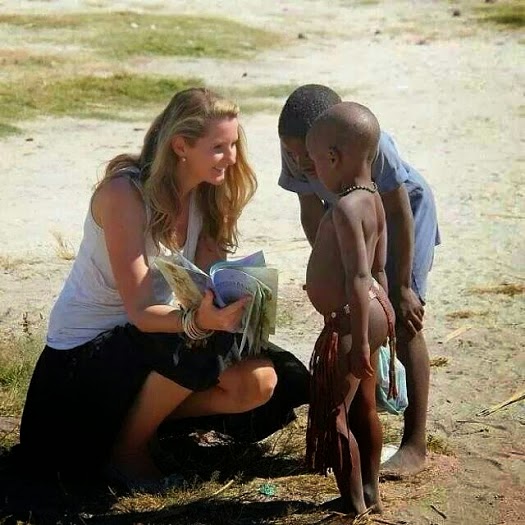 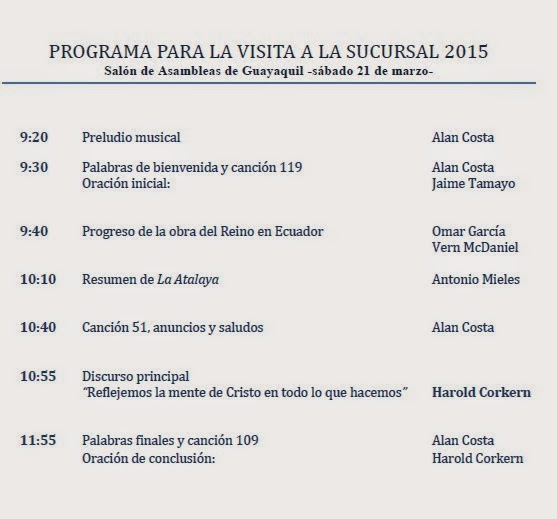 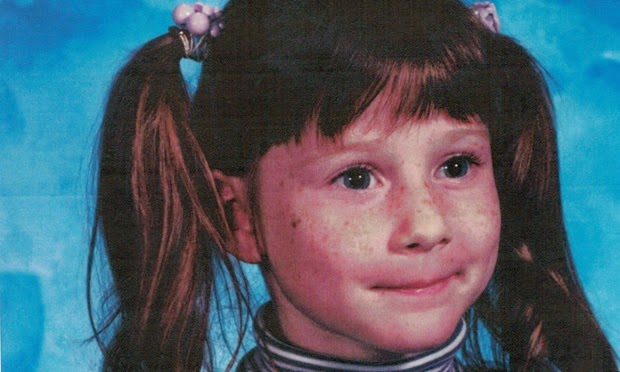 Growing up in a Jehovah’s Witness family is different. As a child, I didn’t celebrate birthdays, Christmas or July 4. Nor did I, or anyone I knew, mix with non-Witness families in Little League or Girl Scouts. Instead, I spent much of my time sharing the “good news.” I used to go door-to-door on my own with a big, strong, well liked man in my congregation, named Jonathan. I was just 9 and 10 when he repeatedly sexually abused me.
It is really hard for kids to speak up when they’re abused. But the Jehovah’s Witnesses make it a lot harder.
They have a “2 Witness” rule, which says that anyone who accuses an adult of abuse must have a second witness. If there is no second witness, the accuser is punished for a false accusation - usually by ordering that no Witness may talk with or associate with the “false” accuser. This is called dis-fellowshipping. For a kid raised only with other Witnesses, it was horrifying. Even your parents would have to ignore you. It was more terrifying than Jonathan.
It was the elders of my congregation who had assigned Jonathan to team up with me. When we separated from the others, he forced me into his pick-up truck and drove us to his house. Then he would say “Let’s play”. It happened too many times. Like everyone else in the congregation, my parents liked “Brother” Jonathan and trusted him in our family.
My parents were consumed with some really huge problems in those years, and later divorced. I was emotionally alone - and wanted to be the best Jehovah’s Witness I could be. That’s why I went out to field service - the door to door ministry that Witnesses are known for.
What my parents didn’t know, was that Jonathan had sexually molested another girl in our congregation. The elders knew this and had kept it a secret. They were following orders from Watchtower leaders, based in the world headquarters in New York, who in 1989 had issued a top-secret instruction to keep known child sex abusers in the congregations a secret. This instruction became Exhibit 1 at my civil trial.
The elders and the Governing Body all knew that child molesters hide in religious groups and often are people who are likeable and friendly - like Jonathan. They knew molesters would likely do it again. But they chose to ignore the safety of the kids, in favor of protecting their image - and their bank account - from lawsuits. It was all in that 1989 letter.
A recent report by the Center for Investigative Reporting revealed that they have continued to issues directives urging silence around child abuse. Last November, elders were instructed to avoid taking criminal matters like child abuse to the authorities. Instead, they were told to handle them internally in confidential committees. The report also showed that Jehovah’s Witnesses evoke the First Amendment to hide sex abuse claims.
It took me learning about Jonathan’s other victims for me to speak up. In 2009, I looked on California’s Megan’s Law website, the state’s official list of registered sex offenders. There, I found he had been convicted a few years before for sexually abusing another 8-year-old girl. I felt horribly guilty that I hadn’t spoken up about him earlier. Now, I need to stop predators from doing this again.
The only way to end this abuse is by lifting this veil of secrecy once and for all.
http://www.theguardian.com/commentisfree/2015/mar/02/jehovahs-witnesses-silencing-techniques-child-abuse?CMP=share_btn_gp 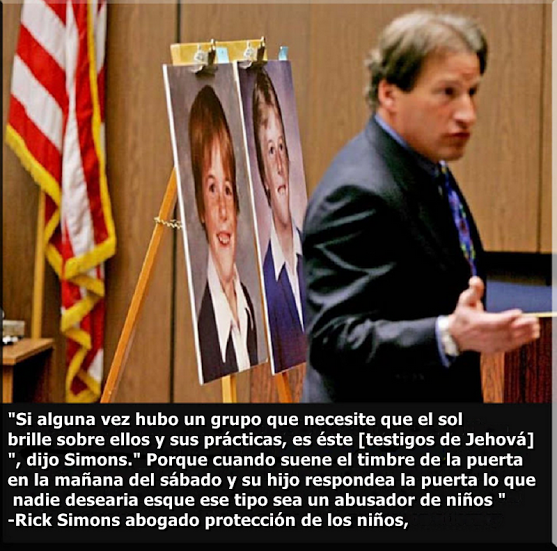 By DAN HARRIS and NICK CAPOTE 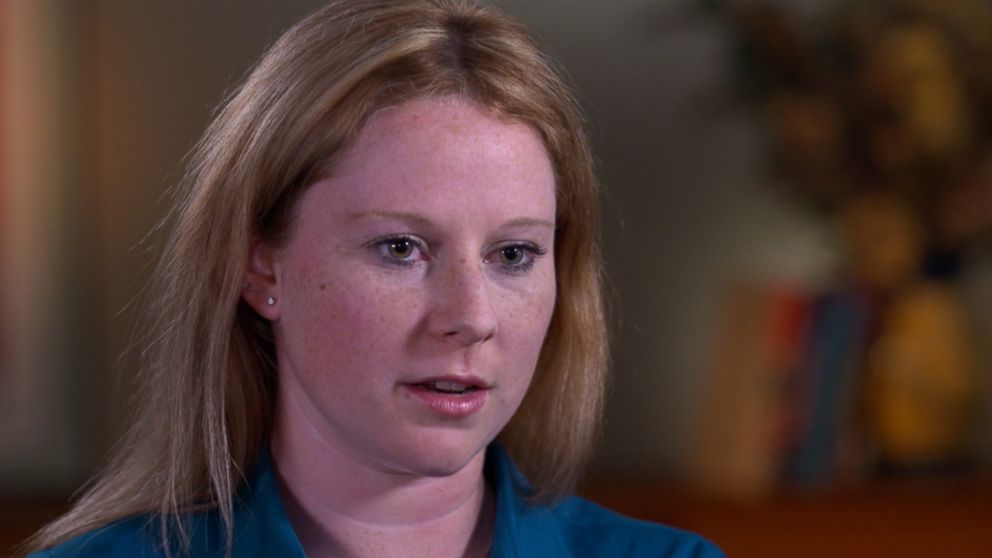 Former Jehovah's Witness Takes on Church Over Sex Abuse Allegations
AUTO START: ON | OFF
A former member of the Jehovah's Witnesses is taking on the leadership of this wealthy, secretive religion, who she says failed to protect her from a predatory pedophile. She blames what she says is the church's policy of silence on child abusers.
Candace Conti, now 28, was just 9 years old when she says she was abused by a well-liked member of her small congregation in Fremont, California, named Jonathan Kendrick. While doing door-to-door evangelizing, which Conti said she would often do without her parents, she said Kendrick would take her to his house and molest her.
“He's just a big person... I found him very scary,” Conti said.
As a child, Conti said she didn’t think she could tell anyone about the abuse. But years later, she testified during a trial against the church that Kendrick abused her several times a month for what she says felt like two years.
“I never thought I could [talk about it],” she said. “Bringing that up just would demolish my family-- the only people that I knew... I think I was scared to.”
Conti had nowhere else to turn, she said, because of her beliefs, and she grew up isolated from the outside world.
Like all Jehovah’s Witnesses, Conti says she was taught that Armageddon was imminent, and that only the true believers would survive and live in a heaven on Earth. She says she was taught that, “everybody outside of the Jehovah's Witnesses are pretty much walking dead ... and could be used as a tool by Satan to mislead you, to pull your away from your Christian family.”
It was only years later, after Conti had grown up and left the church, that she found Jonathan Kendrick on a sex offender registry. He had served seven months in jail for sexually abusing his wife’s 7-year-old granddaughter. After seeing him on the registry, Conti decided to come forward with her case.
She said she “felt really guilty for not doing anything that this wouldn’t have happened to somebody else.”
Conti said she went to local church leaders, known as elders, and told them her story. But Conti said the elders refused to believe her unless she could prove the abuse happened by providing two witnesses to the alleged abuse.
According to the religion’s internal system of justice, it is believed that the Bible requires there to be two witnesses in order for a crime to be punishable.
So Conti went to the police instead. They began an investigation, but with Kendrick denying the abuse, the authorities have not brought charges -- although the investigation continues.
Conti’s next move was to sue the church itself. She hired attorney Rick Simons, who had spent many years representing victims in cases of abuse by pedophile Catholic priests.
“If ever there was a group that needs the sun to shine on them and their practices, it's this one [Jehovah's Witnesses]," Simons said. “Because when your doorbell rings on Saturday morning… and your kid answers the door, you don't want that guy to be a child molester.”

WikicommonsNearly 70 Jehovah's Witnesses publications are included among the federal list of extremist materials.
A court in southern Russia has denounced a local organization of Jehovah's Witnesses as "extremist" and ordered it disbanded, the Interfax news agency reported Wednesday, in the latest in a long line of such rulings issued to the religious group in Russia.
The group's building and surrounding land will be confiscated by the local government in the town of Abinsk, Krasnodar region, the court ruled.
The group had been distributing publications titled "Humanity in Search of God" and "What Does the Bible Really Teach?" that were included in the federal list of extremist materials and are banned for distribution in the country, the news report said.
The local group's founders — Igor Soroka and Albert Belikov — were already fined for distributing banned literature in 2010 and 2012, respectively.
Nearly 70 Jehovah's Witnesses publications are included among the federal list of extremist materials. Most were blacklisted on allegations of inciting religious hatred by criticizing other branches of Christianity.
The group's lawyers have called the court's decision ungrounded and unconstitutional, and they plan to file an appeal with Russia's Supreme Court.
Last December the Supreme Court ruled that a Jehovah's Witnesses website and three of the movement's religious texts are extremist. Earlier in November it approved the Samara region's decision to ban the group.
While that was the first region-wide ban on Jehovah's Witnesses in Russia, Moscow and the southern city of Taganrog previously imposed bans against local groups based on claims of extremism in 2004 and 2009, respectively.
The Abinsk Jehovah's Witnesses organization was founded in 1999 and consists of 11 members. There are about 200 followers of the organization in Abinsk in total, Interfax reported.